I decided to catalog my collection of D&D games. I'm starting with all the boxed sets I currently own. 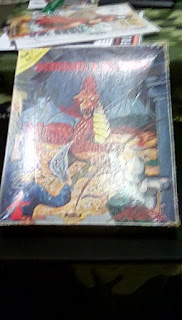 First up is my Holmes Edition originally published in 1977. As with most of these I'm not certain which printing so I'm going with the year it was first printed. 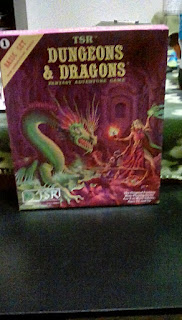 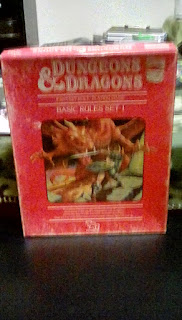 Now we have the most recognizable set, the 1983 Red Box. The Mentzer edited version that was the first in what is known as the BECMI series. 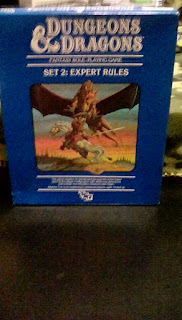 The 1983 Expert Set, Second in the BECMI line. I'm missing the Companion Set so well move along to, 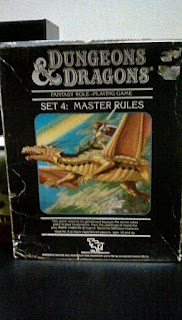 The Master Rules from 1983, fourth in BECMI. 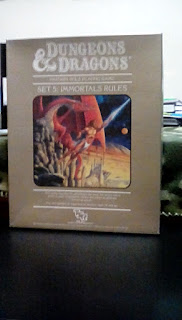 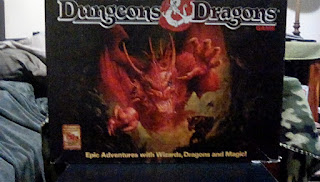 Now for the first one I ever owned. The 1991 New Easy to Master Dungeons & Dragons. 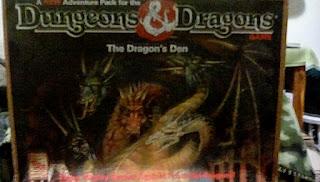 To go with the Black Box I have one of the adventure sets, The Dragon's Den from 1992. 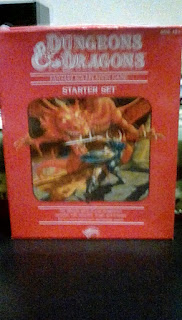 Jumping ahead a few years, 2008 for the 4th Edition Starter Set. The only 4th Edition item in my collection. 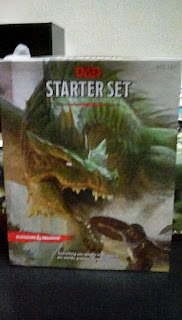 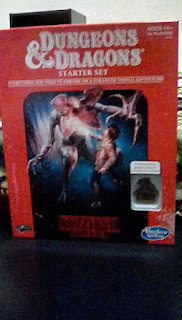 5th Edition once more. This time the 2019 Stranger Things tie-in. And that's it for D&D sets I own. But I do have some non-D&D sets from TSR I want to add. 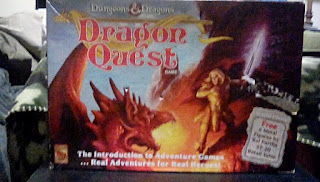 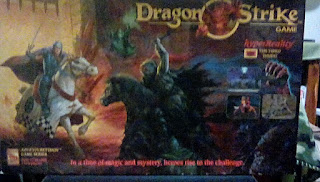 Much like Dragon Quest the 1993 Dragon Strike game is a simplified version of D&D. This time including a VHS tape teaching you how to play. Sadly my tape is lost. 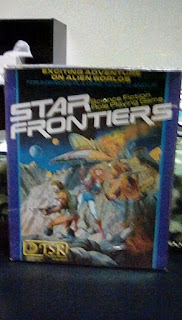 From 1982 the first RPG I ever owned was Star Frontiers. 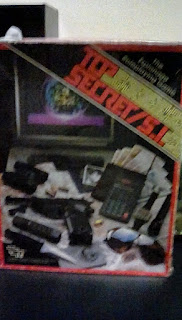 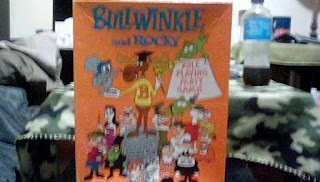 The Bullwinkle and Rocky Role Playing Party Game from 1988. Still has the hand puppets. Who needs minis?
Well, that's all for my box sets. I will continue these posts going through my other Dungeons & Dragons game stuff as well as my other TSR games.

Posted by ShadeofJeremy at 5:35 PM