Note this is the first in a multi part series.

Good old Remco Toys. I've mentioned the before in my posts about the toys I had at Granny's. But I want to go a little more in depth and write about some of my memories of these cheap, wonderful toys. Most of mine came from either K-Mart or one of the Dollar Stores. Dollar General or Family Dollar. I probably go some elsewhere but those three places were the main stores for me.

The line I am most familiar with would be their military series that went by a few different names. Most notably American Defense or U. S. Forces.

This was a line of 3 3/4" action figures along the lines of G. I. Joe. I had probably a dozen or so of them. As I said these were the ones I had at Granny's. The Good G.I. Joes stayed home but whenever I went to visit or stay I had these guys to play with there. And I had so much fun with them. I had a base from another Remco line that served as their headquarters. 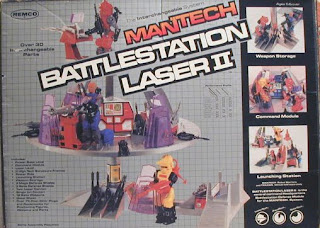 Sure ManTech was a completely different scale but this base worked great for my soldiers. Like G.I. Joe they had some sci-fi elements and so it wasn't too odd.

Three of my favorite figures from the American Defense U.S. Forces line were 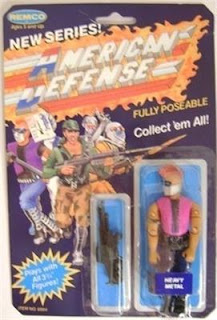 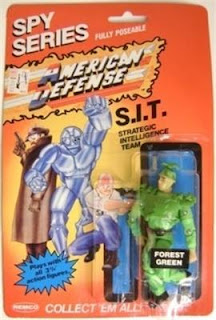 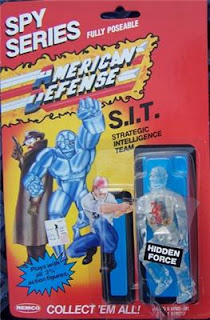 These were my go to guys. I've always liked figures made from translucent plastic like Hidden Force that made him seem to be invisible. Well at least that was what I think it was supposed to represent. Forest Green was a cool ranger type guy with the armor that had leaves on it. I got a kick out of that. As for Heavy Metal, come on look at him. He coulda been a Dreadnock easy. He was a great badguy for them to fight.

As cool as these were there was another military line that came first. Sgt. Rock! Based on the DC comic books that I read as a kid. 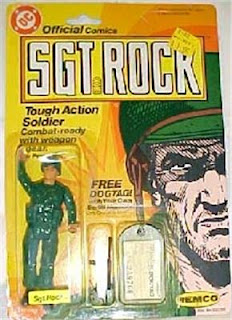 I only had Sarge himself and he was enough at the time. Though now I do wish I'd had more of that line. Oh well.

I had some of the vehicles and little playsets as well. I remember the boat and a jeep as well as a machine gun nest.

I don't have too many of them left these days. Most of the toys I had at Granny's I got rid of when she moved in with us. I just didn't have room for all of them. But there are a few left. I don't remember what thought process went into deciding which ones I kept and which ones I got rid of. None of my three favorites were kept for some reason.

I have a Sgt. Rock. Not my original though. 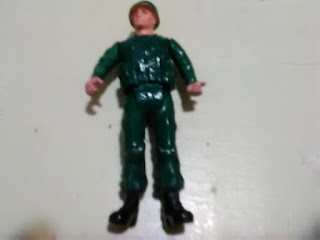 Then there are these three guys. Not too exciting compared to the others I had. 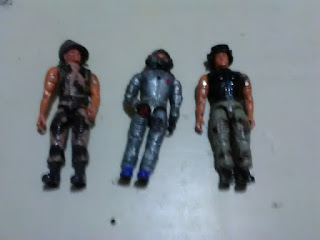 Finally there is this set. These were later releases that were of poorer quality and I'm certain I got these at one of the Dollar Stores. They were cheap and came in two packs. And I kept them. 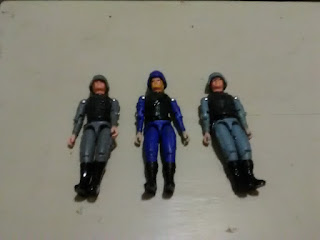 Next up I'll talk about another line from Remco that was a favorite of mine. It features robots! Be ready.
Posted by ShadeofJeremy at 10:41 PM