The past few days I've been going through the boxes in my attic again. More thoroughly than last time. I've been finding lots of cool stuff. Things I forgot I had, things I remembered but didn't know where they were exactly. So much good stuff.

For one thing I found what was left of my New Adventures of He-Man collection. Not a lot and most of it is either broken or missing pieces. But still I gathered up what I found and took some pics and even made a video which is at the end of this post. First however, the pics. 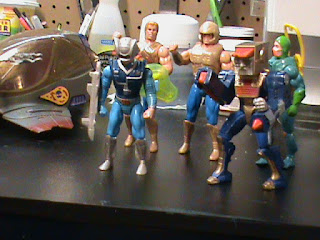 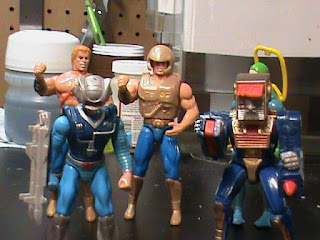 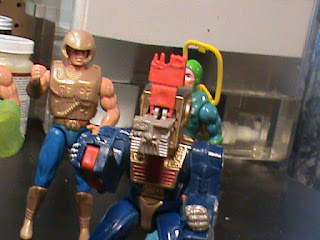 First up, the good guys. I have two of He-man, but only one has his helmet and armor. So I gave the one remaining shield to the other one. Neither has his sword anymore. Both of the swords got broken long ago. Then there's Hydron and Flipshot. Flip is missing his jetpack and Hydron's helmet is gone as well. Finally there is the block-headed robot guy. I had to look him up as I didn't remember that his name was Artilla, which it is. As far as I know he didn't come with any accessories so he's complete.

Now for the bad guys. 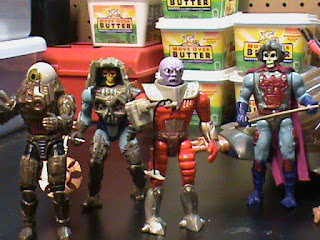 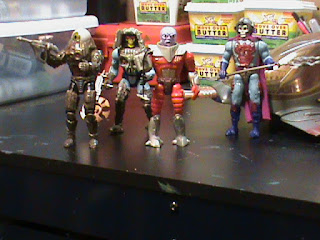 First off there is Skeletor. Two of him as well, but they are different versions at least. I believe they are both complete at least. Then we have Flogg, minus his helmet. But otherwise in pretty good shape.  And lastly there is Optikk with his gun making him complete.

And there is also the shuttle. 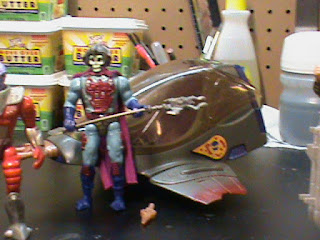 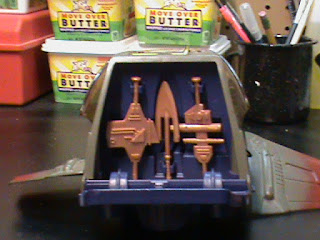 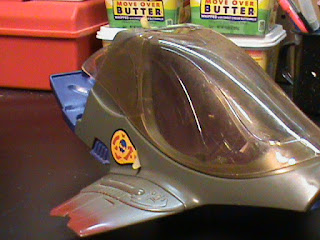 The Dreadwing shuttle was the only vehicle in the series I owned. It is pretty much complete. Even has the weapons in the back. However the guns on the front are messed up somewhat. but at least they are still there. And as you can see from the photos some of the stickers are peeling off. So it's pretty rough looking but in okay shape.

Finally, here is a short video I made of them.

Posted by ShadeofJeremy at 9:02 PM