Thrifting and a Minor Update

Well, I haven't been blogging as much as I'd like to. It has been a combination of life getting complicated and another project taking up my time. Life is life, I'm doing what I can to make things better. The other project has been my taking up writing short stories again. I've tried off and on over the past few years but mostly just had false starts that led nowhere. But now I've gotten three stories written and just started the fourth. I'm pleased with that.

But tonight I want to talk about something else. Just a little thrift shopping I got to do today. My faithful sidekick, my nephew Mason, and I went out to some shops today. We managed to pick up a fairly nice haul. 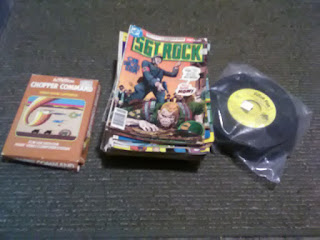 First up we hit the Book Broker, a local comic shop and used book store where I go for my new comics. Today I found more than just the new stuff however. They had restocked their Dime boxes and I cleaned out a good chunk of them. 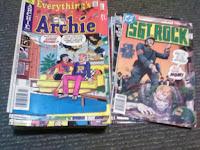 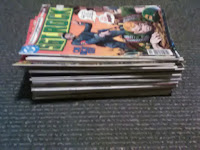 Forty-two back issues from the 70's mostly. Mainly Archie Comics titles, but a few Sgt. Rock and one Ghost Castle from DC. In other words some of my favorite reading materials. But that wasn't the only things I picked up there. I also found a couple Atari VCS/2600 games in the boxes. Since I already had Journey Escape I passed on it. But Chopper Command for only $5 CIB was too good to pass up. 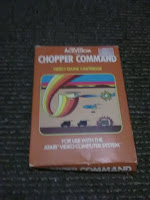 It still had the price tag from Hills on there. That was cool as Hills Department Stores was my first job. I have a fondness for them and this has significance to me personally.

It is also my first game in the box that I have in my collection now. The rest are just loose cartridges mostly without the the manuals or any other paperwork.


After the Book Broker we went to Super Mega Replay and Coconuts. I didn't find anything in either place but Mason did get a movie he didn't have on Blu-Ray for $3.99. The Marine 3 I believe.

Then we checked out the Halloween City/Toy City that has taken over the old Toys R Us building. Pretty cool stuff in there, but nothing we wanted to get today. Nearby on the other side of the parking lot is World Missions Consignment. A big place full of all kinds of stuff. We looked around for a while in there but there was just too much to go through today. We may go back again and try to see what we find.

Our last stop was the Evansville Rescue Mission Thrift Store. Nice little place we hadn't been to before. Mason didn't find much he was interested in, but I found a bag of old records for $8. 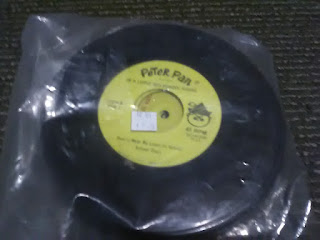 Mostly they are Peter Pan Book and Records, minus the books. Though there were also some Disney and other children's records in the set. They need a little cleaning up before I try playing them. But still 24 records for $8 isn't too bad.

So all in all not a bad trip.

Posted by ShadeofJeremy at 9:05 PM