The other day I got my first of the new Mego action figures. That being Action Jackson, a character I am admittedly not at all familiar with. But he seemed to be an interesting one so I gave him a chance. 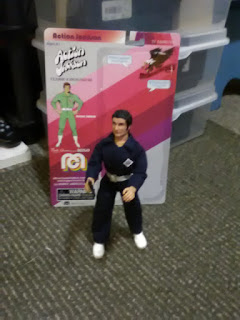 Of course I took him out of his package and let him breath. I noticed the quality right away these are really well made figures. 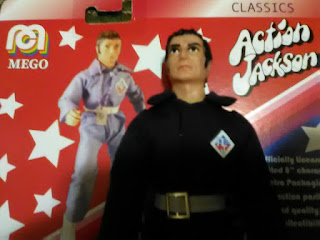 The detail is amazing, from the features of his face to the uniform patch. The boots and the belt are nice as well.  Though I wish he'd had a holster for his gun on the belt. I mean sure he can hold the gun in his hand just fine. But I would have liked the idea of posing him with out the gun in hand. Plus it would have helped to keep the gun from being lost. 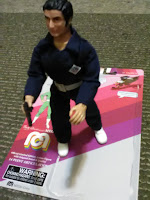 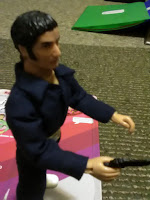 As you can see he does pose really well. It's easy to get him to stand up which is nice. I have plenty of action figures who cannot stand unaided. Thank you Mego for that. 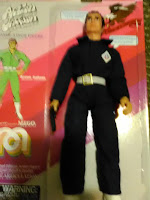 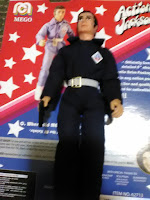 All in all I am quite happy with this figure and I look forward to getting more.

Posted by ShadeofJeremy at 7:29 PM