Let's start the year off right. For my first post of 2019 I'm going to shade some things I discovered today.

This morning I went digging through my attic looking for an old book I seem to have misplaced. I hoped it may have been in one of those boxes. But I was wrong, it wasn't up there. But that's okay as what I did find was much cooler.

Old toys I had forgotten that I'd kept, or even had in the first place.

The main find was Sgt. Savage and his Screaming Eagles toys. 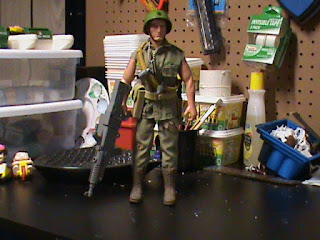 I still have my 12" Sgt. Savage with all of his accessories. The gun even still works. He's going on the shelf with my other two 12" G.I. Joes. 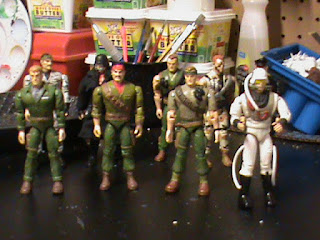 Nine of the action figures, three versions of Savage, two of Dynamite, D-Day, General Blitz, Iron Stormtrooper and the Arctic Stormtrooper. I still have their weapons and accessories as well. Looking them up on Yojoe.com I found some encouraging news. There are only sixteen figures in the line along with three vehicles. So I headed over to ebay and found that they aren't too pricey. I think I can complete this collection and I'd like to do that. These G.I. Joe toys were designed by one of my favorite comic book artists, Joe Kubert and I just enjoy them.

Next I found my G1 and G2 Sideswipes along with my Action Master Shockwave. 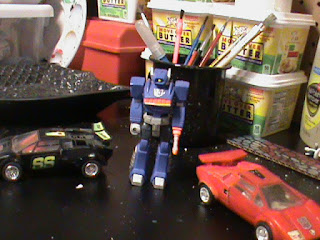 I kept very few of my original Transformers. I knew about the Sideswipes, but I didn't remember keeping Shockwave. Nice to see I still have him in my collection. 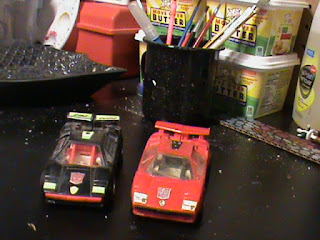 I knew I'd kept this SDF-1 from Robotech as well. 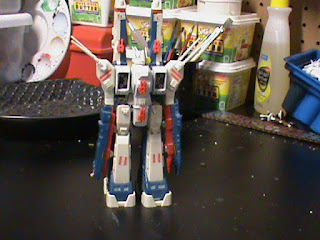 The thing is, I thought I'd lost one of the cannons off of its shoulders. But it turns out I was wrong. The missing piece was just in a different box somehow. So now it is back together and complete. I also found some of my other Robotech toys. Scott Bernard with his transforming Cyclone armor and the Veritch Alpha. I didn't keep them out of the box or take pics though. 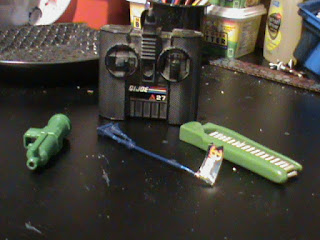 Sgt. Savage wasn't the only G.I. Joe stuff that I found. As you can see I still have a Toxo-viper squirtgun, the antenna from the Badger, a folding comb/brush and the remote for the R/C Crossfire which I still have as well.

I kept my two talking Cryptkeeper dolls but I thought I'd gotten rid of the action figures. Apparently I was wrong. 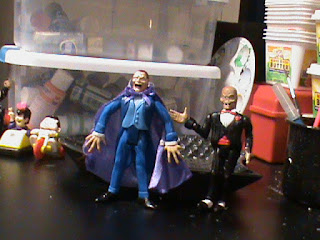 To go with the Tales From the Cryptkeeper cartoon I still have the Keeper himself as well as the vampire. I remember having the mummy as well but I didn't find him. But at least I still have these two guys.

Then there are these. 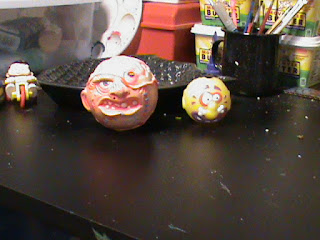 A genuine original Madballs, Crackhead as he was originally known, and a knock off as well. I thought I'd kept Crackhead. I have trouble calling him Bashbrain as his name was changed to for the obvious reasons. I was sure I also still have Fistface, but I didn't see him. 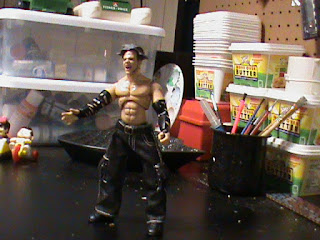 One half of the Hardy Boyz still remains in my possession, Titan Tron Jeff is missing his brother Matt.

Some other guys still around are these two. 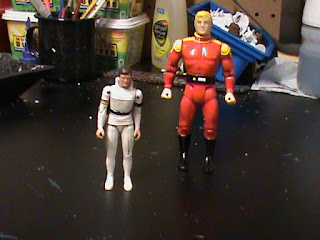 Buck Rodgers from Mego and a Defenders of the Earth Flash Gordon. I remembered having Buck, but Flash I'd forgotten about.

I found all kinds of other random things as well. 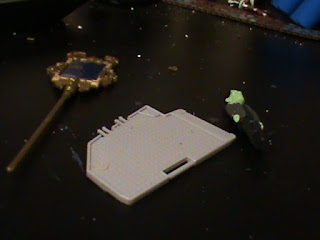 A Visionaries staff(Cravex's I believe), a floor panel from the Go-Bots Command Center and Frankenstein for example. I also found the entire Power Rangers Wild Force along with their playset. Numerous Yu-Gi-Oh, Digimon and Masters of the Universe figures. And then there was all of my New Adventures of He-Man toys and Captain Power's jet. BraveStarr's Kerium nuggets and Air Raiders figures. So many cool old toys. I may have to spend some more time just going though them all here soon.

Posted by ShadeofJeremy at 8:37 PM